I have been fortunate to attend numerous silent meditation retreats from ten days to two months in different parts of the world. Each one is a unique and profound experience. It is amazing what comes up when we quiet our minds. I think lots of folks have an image of bliss, which is certainly there as well. What I found was that things that I had suppressed or not dealt with deeply, or the emotional baggage of old traumas would surface and finally get their processing time. Once the crying was so intense my arms felt like electric current and then froze and I couldn’t move them. So much stuff built up inside. Sometimes terrifying as it surfaces. It was quite a surprise to me. Not at all what I expected and if I had known ahead of time, I probably would have been quite resistant to go through with it. Of course now, on the other side of it, I am deeply grateful for the release of things I did not even know I carried.

On the flip side, long silent meditation retreats allow glimpses into the true nature of the mind, how it is constantly running in the background. Like the heart, the mind does its own continuous job, thinking. When I explore thinking, I can see when a thought pops up, I notice it, and then watch it drift away like a cloud on the horizon, to have then another pop up, notice it, and watch it drift. This sometimes can continue for minutes or hours until my mind finally because quieter.

The clarity came once in a ten-day retreat. I remember thinking about my job and how toxic it was to me and yet I was still helping others. Questioning if I should quit or continue altruistically. If mother Therese could continue working with lepers, couldn’t I continue to help even though it was making me sick? On and on the thoughts rambled. Sometimes I notice that I am thinking immediately as a thought arises, sometimes I get completely lost in the thought and the story goes on for some time before I notice that I am thinking. On this occasion I was lost in thought perhaps 20 minutes. No real knowing because when completely absorbed in my thoughts, I am not aware of my body, time, or the present and what is happening here and now. By the time I finally noticed I was thinking, my thoughts had gone from my job to who knows where. All I remember was the last thought when I became aware. That thought was “I wonder what they do for a constipated elephant in captivity?” Now where did that come from? “I” would never have wondered that. It was the mind doing its work of constant chatter, often irrelevant, meaningless chatter. Fascinating.

It does the same with fears. To me, fear is simply believing the story that we have come up with in our minds. We do not have to follow that or give it any weight. One teacher often said to recognize our fears and invite them into our hearts for a cup of tea. I love that.


I had been living with my Ladakhi family for a year or two and really wanted to do a silent retreat for myself. As I was closely connected to the monastery schools and many monk teacher friends, I started wandering about looking at the meditation huts that each monastery has. They tend to have at least two or three. When I stopped in Likir, the headmaster said no problem. Here, the students can take you to see them. So we started hiking. We hiked for a few hours and checked out all three. I like the second one, which had a small dripping spring that would provide enough water. Returning to the monastery, I was again told I would be welcome to use whichever I wanted as long as I wanted. He asked when would I like to start. I told him I would be back tomorrow. I drove home and quickly packed an old pot, a bucket for collecting water, some food supplies (flour, eggs, pasta, oats, oil, tea, lentils, veggies, fruit), an old enamel cup and spoon, sleeping bag and pad, clothes, toilet paper, soap, a couple Buddhist books for study, roasted barley flour to make food for my dog, and my faithful dog Zawa.

After driving back the three hours to the monastery the following morning, the monklets helped me carry my things an hour up the mountain until reaching the hut. It was perfect for me. A rough mud and rock structure with an open terrace/patio with partial shade and a room where I stored my things. I lived on the terrace, meditating, cooking, and sleeping under the stars. There was one old wooden box that I was so grateful for as it allowed me to sit on something instead of always on the ground. The sweet box

Three days into sitting and walking meditation, Zawa decided this was just a bit too boring. She came over to greet me and was quite excited. I said ok, and she took off back down the mountain without looking back. Oh well, letting go. The first time I think she was gone for a day and startled me arriving in the middle of the night. No moonlight and yet she wandered up the mountain. I tried to entice her to stay longer by providing something tastier, like a raw egg, or left over pasta. Didn’t work. She left again after a couple days and stayed away longer. Each time she would come back and stay one night and then leave for longer.

At one point I thought I might as well make use of her frequent trips. I wrote out a shopping list and wrapped it around her collar. Not sure if anyone would receive it, but worth a try. Sure enough, the next Sunday several monklets carried up all the food items I had requested. They respectfully stayed in silence and headed back down after 30 minutes. Next time I need a doggie backpack and she can carry supplies up with her! By the time I left, I had not seen Zawa for almost ten days.

When I first arrived, I found a tin can and planted a sunflower seed I had brought with me. It gave me such immense joy to share that month with this little plant, watching it grow, develop leaves. It was my companion a lot more than my faithful Zawa. I also took clay with me and made a couple candleholders as needed and played with the extra.

I made a brief journal entry each day to keep track of the days. No phone or anything electrical. Collected wood for cooking and found the afternoons too windy for fire so had tea and homemade yogurt and oats most mornings while cooking something simple to eat later for lunch. I never eat dinners so that was easy. I love cooking over fire and how creative one can be with making food from limited supplies. I learned to make “biscuits” in a pan and other delights.

The dripping spring was sufficient, plenty of water initially but by the end of the month I was down to half a bucket of fresh water a day. Still enough to drink, wash dishes, a few drops for my plant friend. Some days I had enough for a bucket shower and washed one piece of clothing a day. Foxes, pika, lizards, and birds frequented the spring and we shared the precious water. The pika began to greet me and sit with me a few feet away, munching on vegetation.

At times it was lovely, other times so challenging, questioning, resisting, tears. I never felt lonely or afraid. The struggle was always within my mind. I was so focused at times on seeing thoughts arrive, I tried to identify if they started more often on an in-breath or an out-breath. Never was able to catch them that quickly.

When we allow ourselves the time and space to be present, fully present, it is the most beautiful and amazing experience. There is nothing more. Nothing ahead, nothing behind, just the magic of the present moment, which, no matter how removed or isolated, is still loaded with stimuli: the feel of the breeze blowing on the left side of my face, the sunlight hitting my forehead, the sounds of birds, water dripping, wind, leaves, critters stirring, far away sounds, near sounds. I have yet to ever experience pure silence. There is always something…

It was magical, difficult, liberating, refreshing, and enlightening.

After 30 days, I hiked down to the monastery and village and the kids came again to help me carry the things back down from the mountain. I asked around if folks had seen Zawa. They said she had followed some tourist on one of the treks and had been gone several days. Without Zawa, I returned to my village. Four days later Sonam and I went back to see if Zawa had returned from her trek. Folks said they had last seen her at the monastery school. Sure enough, there she was sleeping. We woke her and asked if she wanted to go home yet. She jumped into the car and off we went.

The attached pics share a bit of that space and time but you need to look closely in some to see the detail, given the scale and terrain. 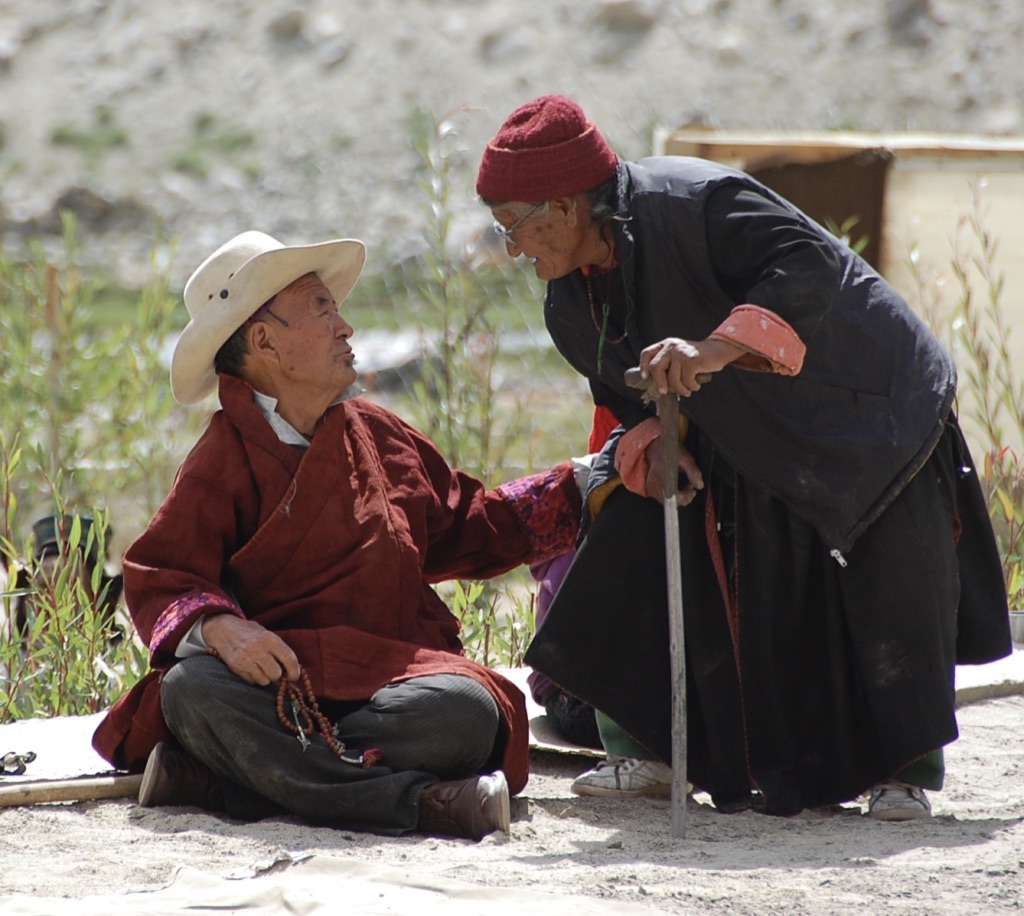 The Practice of Generosity 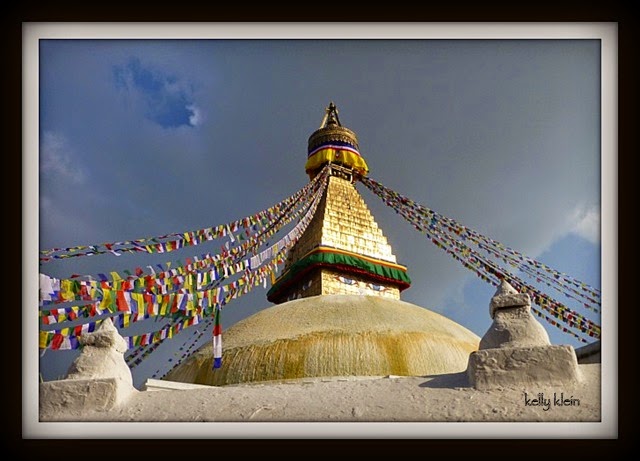